An act of kindness to a pregnant teen propels Geri Whittier into the dark world of El Crotalo, a notorious Mexican drug lord who's ready to retire in the high desert of Scottsdale, Arizona. If only he could convince Geri to stay away from his daughter.

Geri's still reeling from the discovery of her dead husband's gambling and infidelity that left her emotionally shattered and penniless. Living with her daughter, she spends her days sending out resumes and looking for work.

But then she saves Reyna Mendoza from a scary tarantula, meets handsome neighbor, Art Coltrane, and finds a job.

Just as things are looking up, Geri's good intentions get in the way of Luis Mendoza's plans for his daughter, and she becomes a target for his revenge. 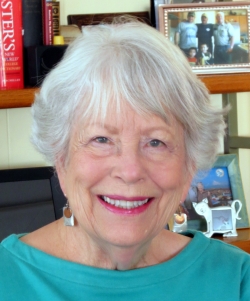 Oct 10, 2022 by Wanda J. McLaughlin
Good news! My debut romantic suspense novel available from Amazon Kindle, Barnes and Nobel, Apple, Kobo, and Scribd. TVisit any of those sites and type in my name, Wanda McLaughlin or the title of the book, High Desert Heat and order from there. I'm so excited to see the book finally reach the public. I urge you all to leave reviews, especially if you love the book and its characters.
Read More
Follow Me:
Created with Pub Site
Created with Pub Site